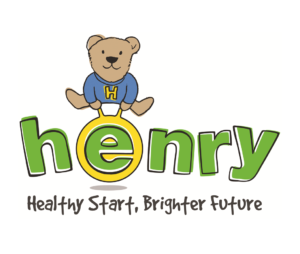 During 2017/18 seven HENRY programmes were run across Luton – there were 50 attendees across these programmes, with a retention rate of 92%.  The seven programmes reached at least 66 children between the ages of 0 to 5.

The HENRY programme focusses on five lifestyle areas that are key to preventing and managing childhood obesity:

Respondents consider each of the lifestyle areas and give themselves an overall healthiness rating out of 10 for their family lifestyle.

Overall both the feedback and the outcome data is very positive for the HENRY programme.  All seven Luton courses showed an increased score – the course with the highest increase saw the respondents scores increase by 4.75.  Luton’s outcomes for HENRY were also above the national average. To read the full end of year report visit

Want to join the discussion?
Feel free to contribute!

Changes afoot in Flying Start Children’s Centre Volunteering with Flying Start
Scroll to top
Translate
We've made some changes to our Privacy and Cookies Policy and we want you to know what this means for you and your data. Find out more.